Hawaii Symphony Orchestra, with Windborne music’s conductor, Brent Havens and singer, Justin Sargent bring you a brand-new rock show! The Music of Def Leppard for the very first time at Waikiki Shell on Friday, May 27th 2022. Relive the 80s with hits like Pour Some Sugar on Me, Hysteria, and many more with the stellar rock band, Windborne and your HSO! Grab your tickets to an especially special rock show that you will never forget. 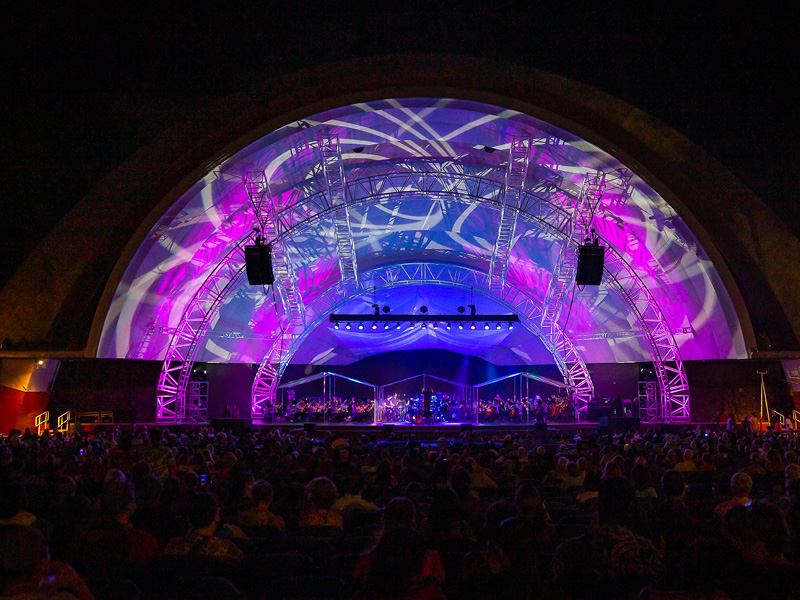 Windborne Productions, Inc. was founded in 1990 to work in both Television and movies. However, their success of their first Rock show with an orchestra, a production of Led Zeppelin in 1995, changed the companies direction completely. Since then, Windborne personnel have traveled the world touring The Music of Led Zeppelin, Pink Floyd, The Eagles, The Doors, Queen, Michael Jackson, The Who, U2, Whitney Houston, the Rolling Stones and Journey with orchestras great and small.

Conductor, Arranger, and Producer Brent Havens and his Windborne Music Rock Symphony shows continue to be some of the best attended and most exciting Classic Rock symphony shows. His masterful combination of symphonic arrangements with a full rock band and singer delivers the greatest hits of these legendary bands, while also featuring an incredible rhythm section, background singers, world-class sound and light show. All combining to deliver the purest respective rock experience you will find anywhere.

Singer and actor, Justin Matthew Sargent starred on Broadway as Peter Parker in Spider-Man: Turn Off The Dark, Drew in the mega hit rock musical in Rock of Ages, and was in the Original Broadway Cast of Bonnie and Clyde. Born in Murphysboro Illinois, and raised in Florida, Justin has been performing since High School. He has performed alongside music legends like John Legend, Alice Cooper, Sara Bareilles, Dee Snider, Kip Winger, Graham Russell, and has been a guest singer with the band Air Supply. Justin has toured the country singing everything from Queen to Andrew Lloyd Webber. His TV and film appearances include “Jesus Christ Superstar: Live” on NBC, “Law & Order: SVU”, “Mr. Robot”, “Delocated”, “Royal Pains”, and more!