Hawaii Symphony Orchestra, with conductor JoAnn Falletta, and pianist Joyce Yang present; The Planets at Waikiki Shell on Saturday, June 4th 2022. JoAnn Falletta leads the Hawaii Symphony Orchestra in Gustav Holst’s sonic, celestial showpiece, The Planets. Plus, acclaimed pianist Joyce Yang will dazzle with Grieg’s romantic Piano Concerto in A Minor. Grab some tickets and come and travel the length and breadth of or solar system as each orchestral movement ascribes to each of the planets in turn. 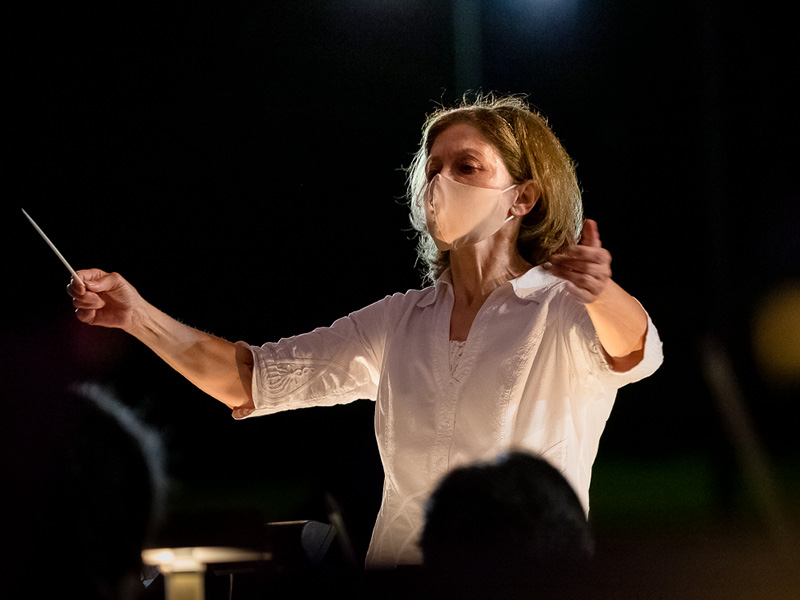 Multiple GRAMMY-winning conductor JoAnn Falletta serves as Music Director of the Buffalo Philharmonic Orchestra, becoming the first woman to lead a major American ensemble. She also serves as Music Director Laureate of the Virginia Symphony Orchestra, Principal Guest Conductor of the Brevard Music Center and Artistic Adviser of the Hawaii Symphony Orchestra. She was recently named one of the “Fifty Great Conductors,” past and present, by Gramophone Magazine, and has been hailed for having ‘Toscanini’s tight control over ensemble, Walter’s affectionate balancing of inner voices, Stokowski’s gutsy showmanship, and a controlled frenzy worthy of Bernstein.”

Classical pianist, Joyce Yang from Seoul, Korea, was awarded the silver medal at the 2005 Van Cliburn International Piano Competition at the age of 19. During the same competition, Joyce was also awarded both the Steven De Groote Memorial Award for Best Performance of Chamber Music, and the Beverley Taylor Smith Award for the Best Performance of a New Work. She received the 2010 Avery Fisher Career Grant and earned her first Grammy nomination for her recording of Franck, Kurtág, Previn & Schumann with violinist Augustin Hadelich. Joyce has performed as soloist with the Kansas City Symphony for the world premiere of Jonathan Leshnoff's Piano Concerto in 2019, and her other notable orchestral engagements have included the Chicago Symphony, Los Angeles Philharmonic, Philadelphia Orchestra, San Francisco Symphony, Deutsches Symphonie-Orchester Berlin, the BBC Philharmonic, as well as the Toronto, Vancouver, Sydney, Melbourne, and New Zealand symphony orchestras.